The current dining environment has meant a shift in the way we dine out, but also in the operations of those businesses that typically support restaurants. For British Columbia-based fish and seafood provider, Organic Ocean, it meant offering their sustainably-harvested salmon, tuna and shellfish to residents of Vancouver and the GTA at wholesale prices.

Originally selling fish from False Creek Fishermen’s Wharf before they were discovered by Robert Clark, the former executive chef of Vancouver’s C Restaurant and co-owner of The Fish Counter, Organic Ocean was supplying top kitchens around the world like Cambridge’s Langdon Hall Country House Hotel & Spa. But like many others during the pandemic, Canada’s premier brand of wild and responsibly cultured seafood shifted their business model to sell to the public. Besides fresh flash-frozen seafood sustainably harvested from B.C.’s cold waters they also carry shelf-stable goods like canned and smoked salmon that have been processed primarily in the province.

Taking care to ensure supply chain safety, the business operates in a locked-down fish handling facility with measures taken to limit contact between production and delivery staff. In addition to increasing hygiene and sanitation practices, they work with government agencies to keep their employees and fishermen safe and healthy. All flash-frozen and portioned seafood is packaged in recyclable material when possible. The traceable products are refrigerated throughout their transport and delivered, contactless, by the company’s own fleet or dedicated carriers to your door or reception desk.

The catalog features a variety of seafood packages. There’s everything from 5-lbs of sweet and creamy frozen spot prawn tails or 10-lbs of pristine wild BC halibut portions to ones featuring an assortment of Ocean Wise approved products. The Couples Pack – Self Isolating Together Edition is a fantastic way to sample the company’s line of choice cuts and filets. The package includes a duo of wild sockeye salmon filets in all their glorious rouge hue, incredible wild halibut and wild lingcod filets, a generous loin of wild albacore Haidacore™ sashimi-grade tuna that’s mild and meaty, plus a tub of wild B.C. humpback shrimp tails (that are great raw or cooked).

In addition to the promise of excellent seafood, each order contributes to their Neighbours Helping Neighbours initiative, which provides healthy food to those who are food insecure through working with non-profit organizations including Goodly Foods Society in Metro Vancouver, Squamish Food Bank and The Stop Community Food Centre in Toronto.

Whether you’re feeding a group or stocking up for future summer meals, the access to such quality is unmistakable and highly recommended. 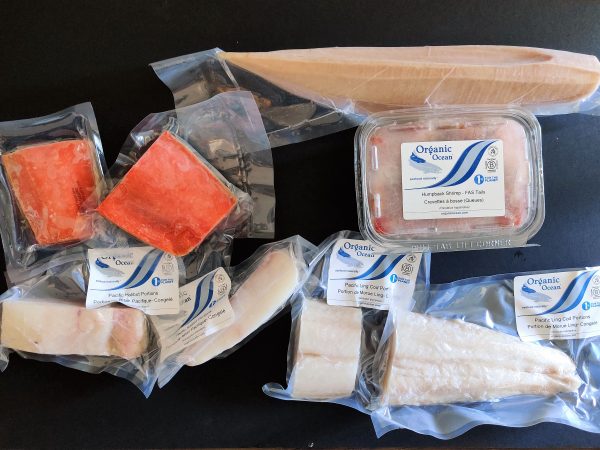 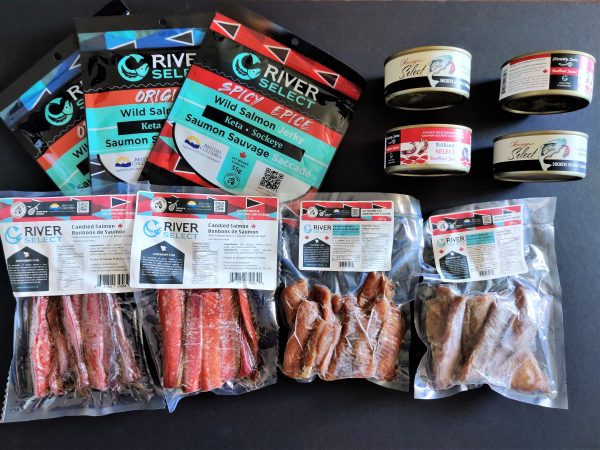 Any lover of smoked salmon would be wise to pick up the Salmon Snack Pack which includes a selection salmon candy, jerky and canned smoked salmon all processed from wild B.C. sockeye and pink salmon. 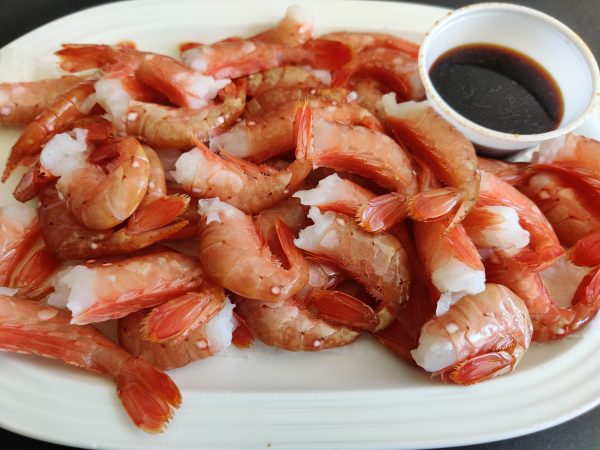 Thawing a tub of Dr. Prawnie Henry’s spot prawn under cold running water resulted in a lush pound of sashimi-grade deliciousness that was enjoyed simply with homemade soya sauce (the author had left over from a take-out sashimi order).

These GTA shopping centres are re-opening this week