Visiting Les Sources de Caudalie spa in Bordeaux: this is where the brand began

A beauty pilgrimage to Bordeaux leads to a haven of wellness, fine wines and gastronomy.

This is the story of a “20-something”, devoted to a specific beauty brand, who is blessed with the opportunity to fulfil her dream.

The year is 2001, the first time I ever set foot in France. There, at a nameless pharmacy, I pick up a frosted glass bottle labelled Caudalie’s Beauty Elixir.

“Inspired by the ‘elixir of youth’ used by Queen Isabelle of Hungary…” the bottle reads. I try the tester. It smells of peppermint, roses and rosemary, and it’s invigorating and soothing at the same time. I’m hooked.

At the time, the brand isn’t available in Canada, so on every subsequent visit to France, I stock up, as well as try other products from the line. I also drill storekeepers to learn as much about the company as I can.

Les Sources de Caudalie is a five-star spa resort hotel with 40 rooms and 21 suites housed in six distinctive cottages. They are named and decorated in keeping with different facets of the Aquitaine region, as well as foreign influences: the Atlantic Ocean, the Arcachon Bay, famous vineyards, monumental architecture and local professions, especially wine-related ones.

They tell me that the founder of the brand was the daughter of the owners of a famous wine chateau in Bordeaux. With the help of a university professor, she learned that grapevines contain powerful oxidants and other skinbenefitting elements. I’m told that if I really want to get to know the brand, the answers rest with a spa that has just opened at the chateau.

A trinity of indulgent experiences await. Dominating the landscape is Chateau Smith Haut Lafitte, a grand cru classé winery with a 800-year history that’s currently owned by former Olympic skiers Florence and Daniel Cathiard. Since they took it over 30 years ago, they have propelled the wines to new levels by modernizing the winemaking process and adopting organic and biodynamic viticulture.

Their older daughter, Mathilde Thomas, is the founder of the Caudalie skincare brand and Vinothérapie Spa, together with her husband, Bertrand. Meanwhile, the five-star Les Sources de Caudalie hotel is run by younger daughter Alice and her husband, Jérôme Tourbier.

Together, they have brought a new concept of wine tourism to the region. In addition to visiting the winery, one can spend the night and enjoy gastronomic cuisine, and indulge in spa treatments based on grape and vine extracts—all in one place.

What’s in a name: Caudalie is a unit of measurement for the duration of a wine’s flavour on the palate, in terms of seconds. Thus, if a wine has 15 caudalies, its flavour remains on the palate for 15 seconds. 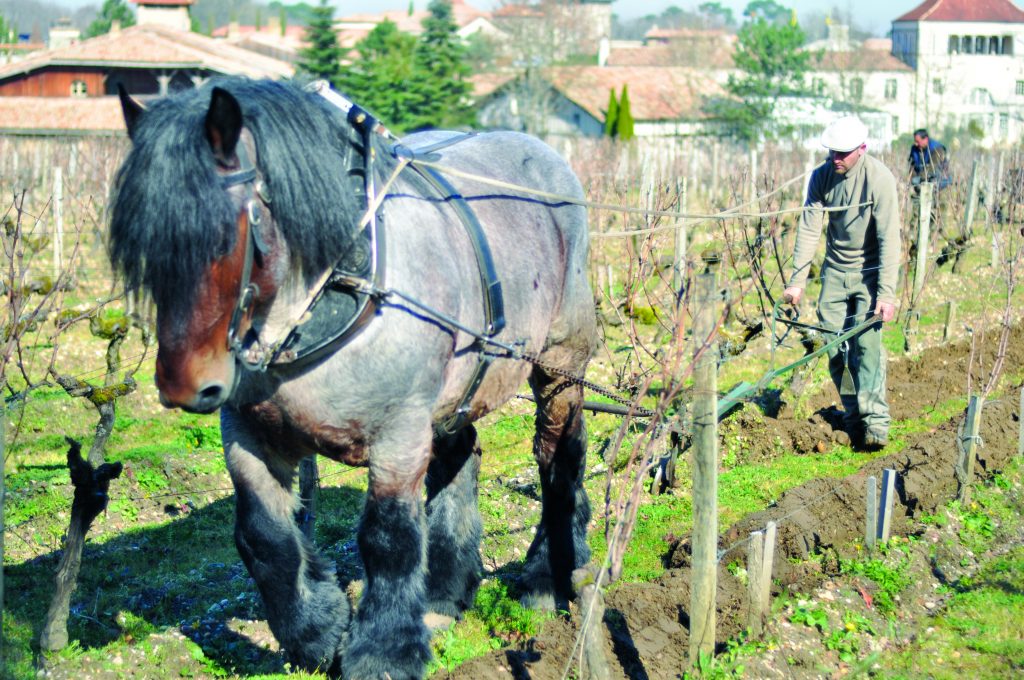 For the past 20 years, horses have been used to plough the whitewine vineyards at Chateau Smith Haut Lafitte. It is part of the chateau’s 100% organic and increasingly biodynamic viniculture. The chateau has proudly received the national Organic Agriculture Certification and is ranked First French Estate in the British World’s Best Vineyards 2019.

My first and foremost mission is to experience the brand at its roots, so I spare no time to book a signature facial at the Vinothérapie Spa. Audrey, my therapist, recommends Vinoperfect, the brand’s international best-seller for radiance and brightening skin tone.

As the Chinese saying goes, a bright complexion hides multiple flaws, so I agree immediately.

A little more than an hour later, I am looking at myself in the mirror. The skin always looks better after a facial, but this is different. There is a creamy luminosity that is usually achieved only with skin correctors or makeup. But no, it is my own skin.

Audrey explains that the star ingredient of the Vinoperfect line is a special sap from vine stalks. Women working in the vineyards have known for a long time that the sap fades dark spots on the hands and face. Caudalie was able to identify, stabilize and patent the molecule responsible for this effect, and named it Viniferine.

Clinical tests have shown it to be 62 times more effective than vitamin C against skin discolouration. The ingredient can be found in every product of the line, including the new Vinoperfect Instant Brightening Moisturizer, as well as the prestigious Premier Cru line.

With the treatment comes unlimited access to the thermal bath and steam room. Take the time to indulge—the pool is filled with naturally warm and nutritious spring water drawn from the ground. Unlimited drainage tea and fresh grapes are provided, reminding me of “the 3-day grape cleanse” suggested in The French Beauty Solution, a New York Times Best Seller by Mathilde Thomas.

But now is not the time to diet. With a bistro, a gastro bar and a two-Michelin star restaurant on site, Les Sources de Caudalie is a gastronomic destination. The diet starts when I get home. 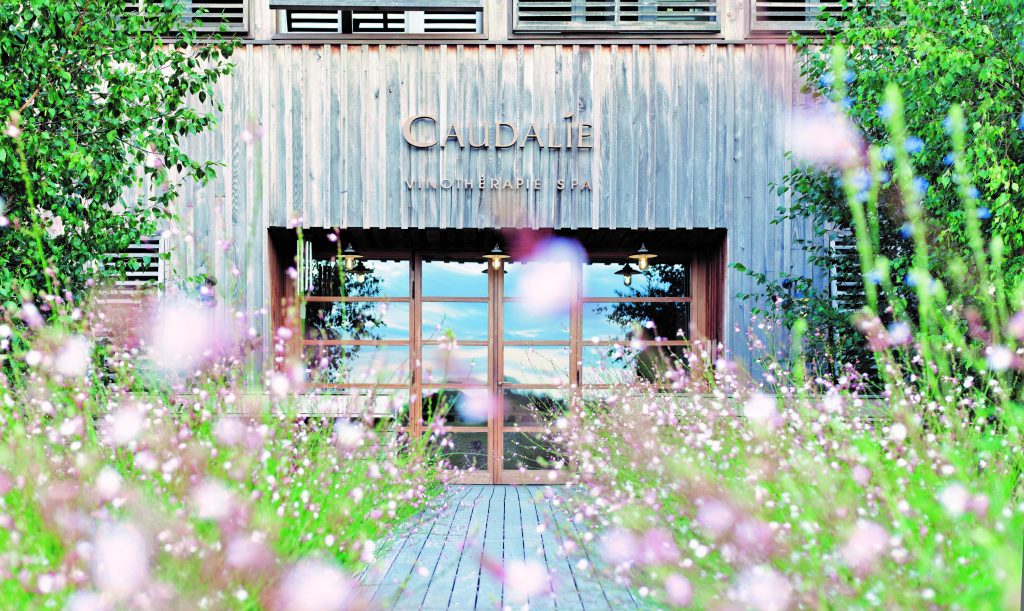 The word “source” can also mean spring water in French. The pools at the spa and resort are filled with nutritious and naturally warm spring water drawn from a well more than 540 metres deep. There is a separate thermal pool and hammam steam room at the 16,000-square-foot spa pavilion, where you will find exclusive well-being treatments based on vine and grape-based products, such as the famous crushed cabernet scrub, honey and wine wrap, barrel bath and winemaker’s massage.

Pioneer of a concept invented in France a decade ago when only beauty centres and thalassotherapy centres existed, the first Vinothérapie Spa opened in 1999. Now, there are eight around the world, including one in Toronto. 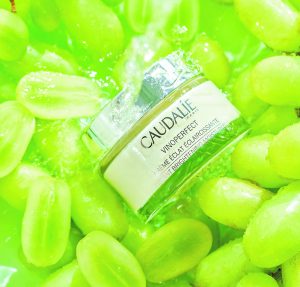 The Caudalie Vinoperfect grand facial is one of the signature treatments. Using a combination of products from Vinoperfect and other lines as needed, this entirely manual treatment restores radiance and improves skin texture instantly with relaxing and lifting massage techniques. The skin appears so even-toned and healthy, you will not feel the need to use a makeup foundation for days afterwards.

The next day, I set out to the winery side of the property for a special tour with Alix Ounis, hospitality manager at Smith Haut Lafitte. Upon hearing about my fascination with the Caudalie brand, she shares a few anecdotes about Mathilde Thomas—like how she would go to the vineyard at the crack of dawn to collect grape water to sell to local pharmacies.

But the definitive moment for Thomas would be that one weekend in 1993 during harvest season. Thomas was leading a winery tour, and explaining how they use a balloon press to gently extract the juice from the grapes, so they don’t crush the seeds and make the wine bitter.

“Do you know you are throwing away treasure?”said one visitor. He was Prof. Joseph Vercauteren, laboratory director of the Pharmacy University of Bordeaux. He pointed out to Thomas that grape seeds contain the most powerful antioxidants in the world—10 times more powerful than vitamin E.

Since then, they have worked together to discover how to use the miracle powers in the grape for skincare and have obtained multiple patents, including polyphenols, an anti-oxidant and anti-wrinkle grapeseed extract that can save 75 per cent of our cells from burning out, and resveratrol, an extract from grapevine stalks with anti-aging and firming properties.

The visit concludes with the pleasura ble consumption of antioxidants—in the form of wine—in a very special setting: a 007-style secret underground cellar, built by Daniel Cathiard. One needs to open a trap door and descend a flight of stairs to reach what’s been dubbed Paradise.

But you don’t require a guide to find paradise here. It can be found in the horse-ploughing in the vineyard, hidden works of art in the Forest of Senses, great wine swirling in the glass, exquisite dishes on the table and a newfound sense of well-being—in both body and mind. 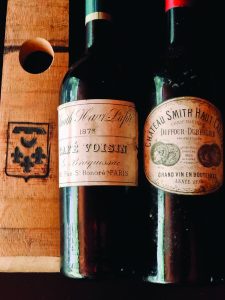 When the Cathiards bought the chateau, the previous owner did not leave them with any vintage bottles. They spent years pursuing private collectors and attending auctions to hunt down historic bottles. While the wines may no longer be drinkable, it is an important testimony to the 800-year history of the property. 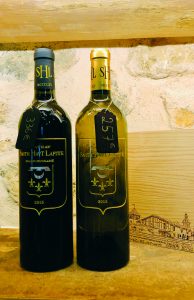 One would be amiss not to taste the wines of Smith Haut Lafitte when staying in its vineyard. While the grand vin is generally available in Canada, the second and third wines are much harder to come by. The second wines are Les Hauts de Smith and Le Petit Haut Lafitte. Don’t be fooled by the names. Although “petit” means small in French, Le Petit Haut Lafitte is actually a bigger wine, as it contains more cabernet sauvignon and is designed to be more of a Left Bank style. The third wine of the chateau, made exclusively with the fruits of young vines, is called Le Lièvre, which means the hare. All come in red and white versions. 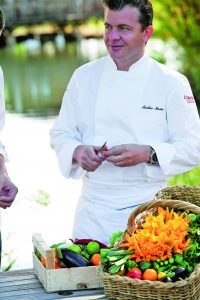 There is no need to venture off the grounds in search of a great dining experience. Chef Nicolas Masse took the helm of the kitchens of La Grand’Vigne in 2009, and proceeded to earn his first Michelin star the next year and a second one in 2015. He also holds cooking classes on Saturdays, where he shares his secret cooking tips and tricks. 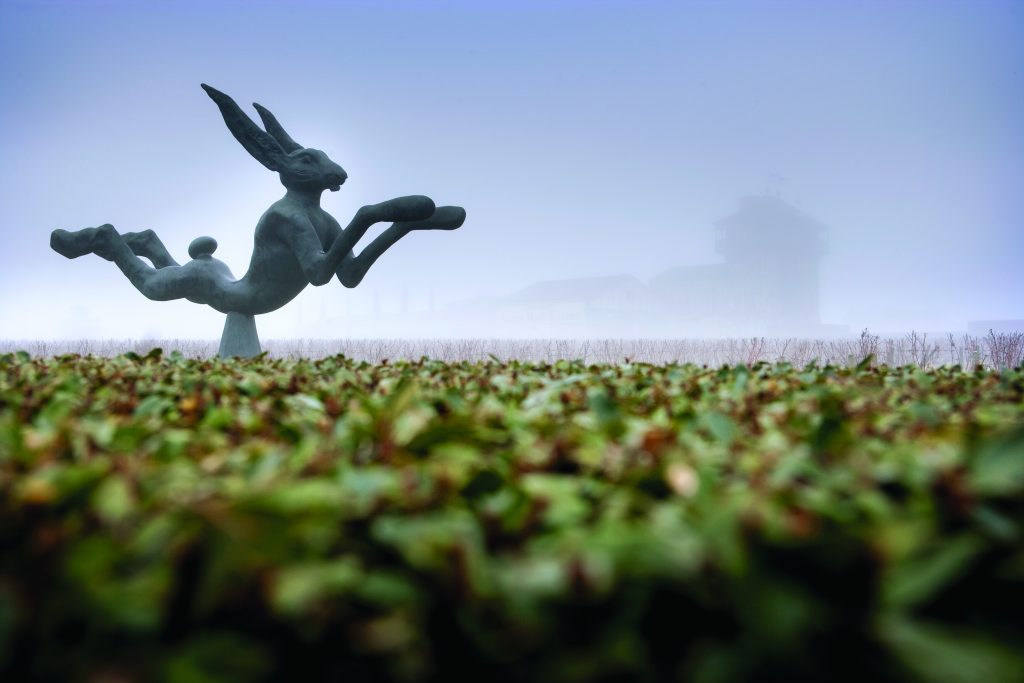 A giant bronze sculpture of a hare leaps above the vines. Called Hospitality, it was sculpted by British artist Barry Flanagan. For the Cathiards, this hare is not just a work art: it stands guard over the oldest Cabernet Franc vines in front of the chateau. The hare is important because its presence deter rabbits, and rabbits are not desired in a vineyard because they breed prolifically and baby bunnies love to chew on young vine shoots. Hares, on the other hand, are far less broody, and they don’t eat the vines. 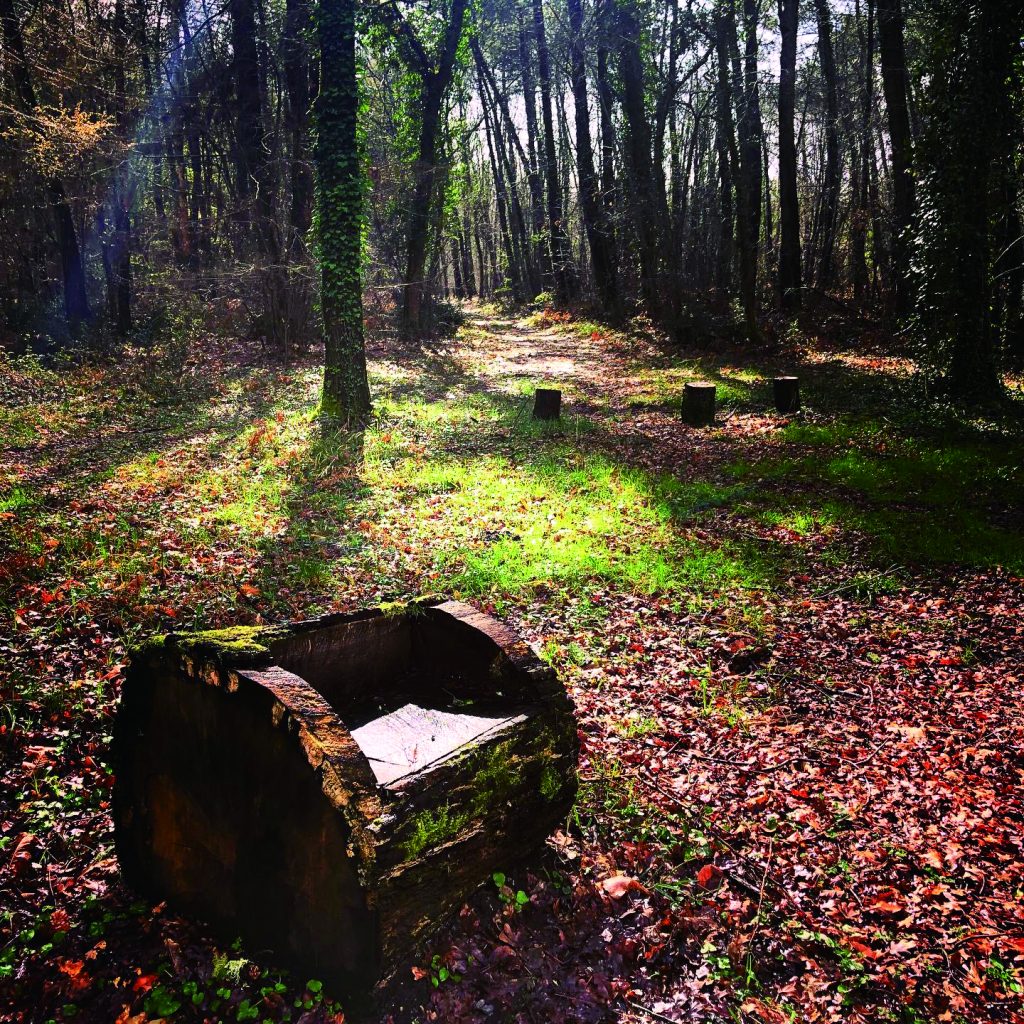 The Forest of Senses trail is an art crawl and multi-sensorial walk in the woods surrounding the vineyards. It received the 2019 International Best of Wine Tourism Award from Great Wine Capitals for its innovative and unique experience.

Clean Beauty: Picks of the Week