As a vibrant and beautiful island bursting with green space, Taiwan is being praised for its unparalleled casual food scene. It’s an emerging paradise for food lovers, boasting night markets like Raohe and Shilin, as well as a culinary culture that’s bolstered by aboriginal and home-style foods, courtesy of a brigade of restaurants recognized by the Michelin Guide and World’s 50 Best Restaurants (Asia). 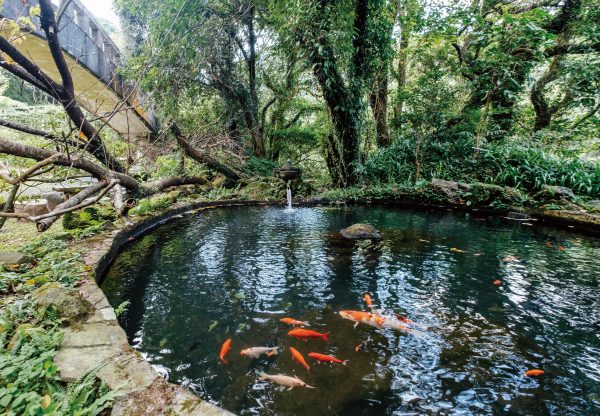 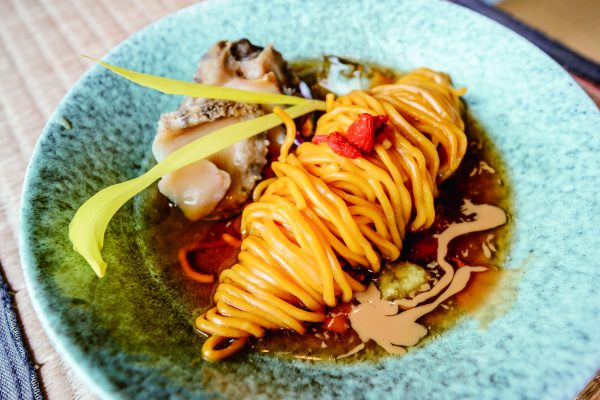 Often categorized under Chinese food, Taiwanese cuisine is emerging as its own. The melting pot cuisine takes influence from its past: twoMichelin starred Taïrroir’s head chef Kai Ho attributes that to Taiwan’s colonization by the Dutch, Spanish, Japanese and Chinese, but also notes the cuisine is generation-dependent.

In contrast to the preference for Chinese cuisines two decades ago, there’s a current interest in Japanese. You’ll find items like sashimi existing in harmony with Cantonese and Taiwanese flavours on menus across the island. The diversity of Taiwan’s cuisine was showcased at the 2019 Taiwan Culinary Exhibition through hundreds of vendors serving Muslim, indigenous, vegetarian, gourmet and innovative foods.

Taipei 101 rises high above the historic Forty Four South, a former military village that’s been preserved as a cultural and historic site.

According to Ho, the dominant cuisine from 200-plus years ago was indigenous. To learn more, head out to mountainous Taitung for Fuli’s Cilamitay Tribe eco-tour, where preserved aborigine traditions successfully integrate with modern culture. Spend the day with the Amis people, meeting the rice farmers and fishermen on a guided tour of their village. Attempt to net fish before partaking in a farm-to-table lunch above picturesque, still functioning, terraced rice fields with 100-year-old irrigation systems, and appreciate why the island was named Formosa by Portuguese sailors back in the 16th century. 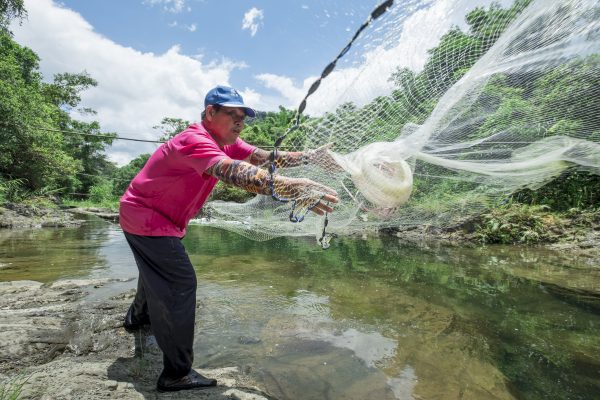 Participate in an immersive Cilamitay experience in Fuli Township spending a day with the Amis people. Enjoy a thoughtful meal or two prepared with regional ingredients by the hosts.

Try sweet potatoes and ginger when in Jinshan. Visit a teahouse and admire the old streets of Jiufen, which inspired the animated film Spirited Away. You can’t travel to Yilan without stopping for a tour of Kavalan, the International Wine and Spirit Competition 2017’s Distiller of the Year, before feasting on the region’s famed Cherry Valley roasted duck. 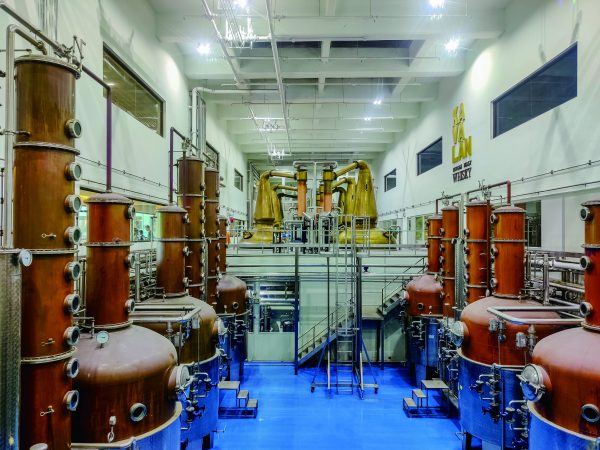 Just make sure to try a train bian dang (bento) on your travels. They’re so popular that the Taiwan Railways Administration stations sell more than 10-million bentos annually, with some station’s version becoming the village’s main attraction, like Chishang, which uses the region’s rice.

Back in Taipei over a splendid meal of reimagined culinary classics prepared by Ho and his team, I experience the way tradition and preservation of indigenous ingredients integrates with the contemporary palate. Interpreted through refined French techniques, Taïrroir’s innovative “Qiu Lu Cai” menu serves whimsical courses. 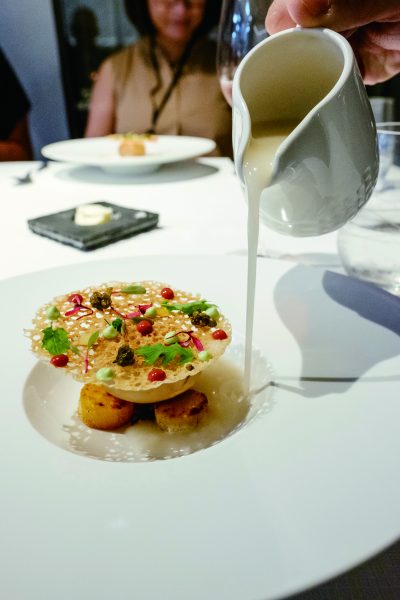 At Taïrroir, the supplemental course features a silkie soft boiled egg with Pu’er tea that’s served on a sweet potato fondant, topped with crispy pain dentelle and finished with a tableside pour of congee. 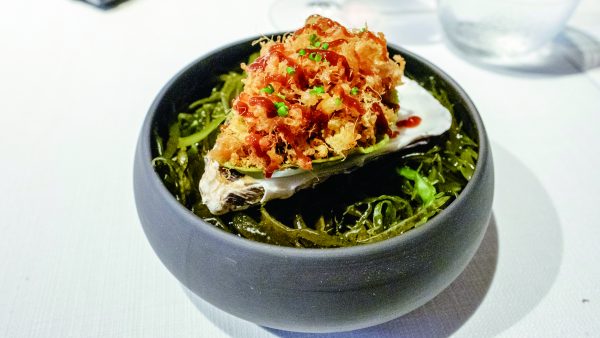 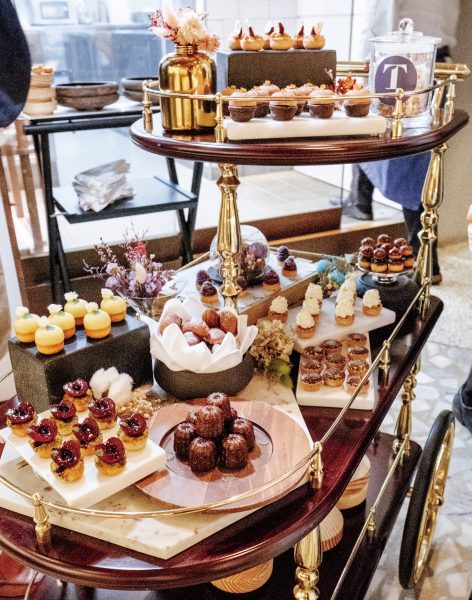 Asked to define Taiwanese cuisine, Ho (born and raised there) believes it’s mainly Fujian with Japanese influences. He notes, however, that present-day diners care more about the ingredients and their preparation, which means they’re more receptive to restaurants like Taïrroir. 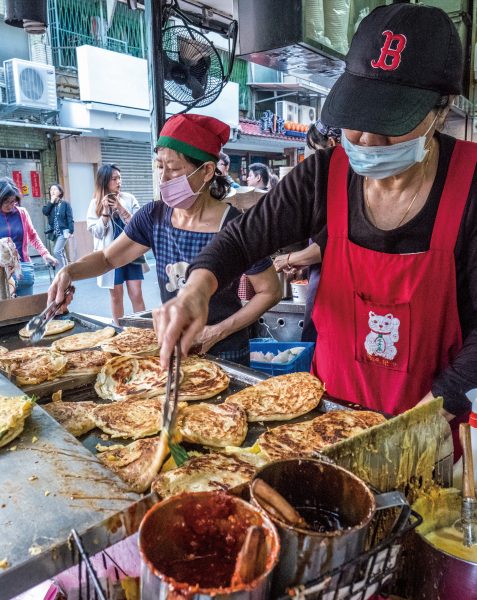 Served plain or stuffed with a combination of egg, ham or corn, the queue for scallion pancakes at Tianjin might be long but moves quickly.

Ever evolving, Taiwanese cuisine goes beyond one dish or definition. You just have to taste it for yourself.