Lego has played a vital role in childhood development for decades. It’s the source of many vivid memories for children and parents alike.

So it comes as no surprise that the toy company’s new campus in Billund, Denmark will be equally memorable. When finished next year, it will encompass more than half-a-million square feet. 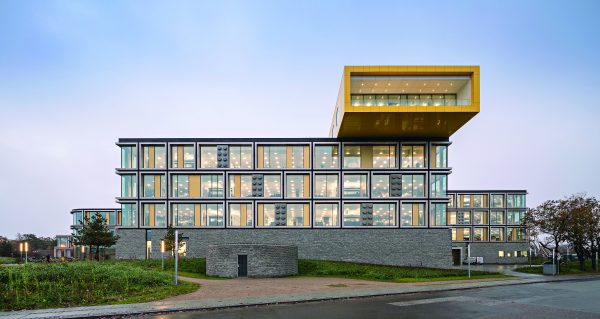 Without a doubt, Lego is an integral part of Billund. In addition to being home to the legendary Legoland, Billund also produces 90 per cent of all Lego bricks globally. Even the local airport was financed by Lego in the 1960s. 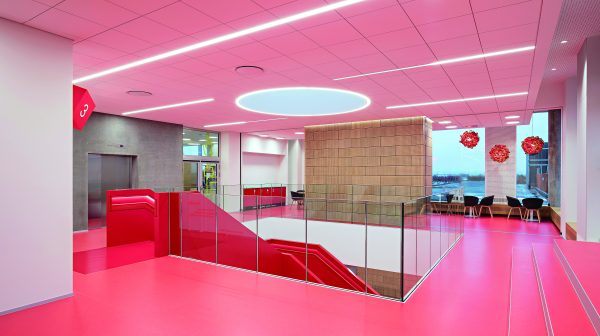 A thoroughly curated colour tone is a Lego theme

Architect CF Møller has incorporated Lego’s six main elements—imagination, creativity, fun, learning, caring and quality—into both the exterior and interior design of the main office. It differs from the Lego House, designed by the Bjarke Ingels Group (BIG), which is quite colourful. The intention with the new development was to illustrate the difference between the work nature of the main office and the experience concept of the campus. 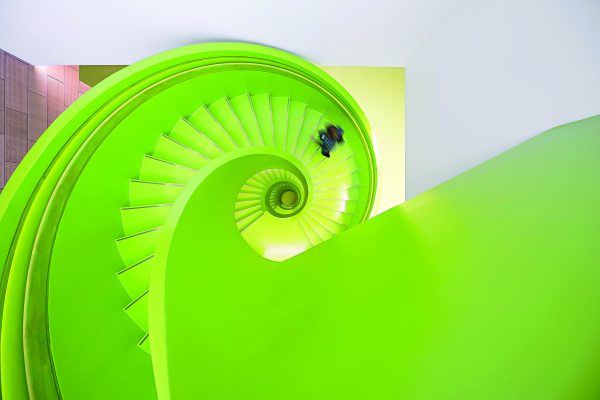 The entire office building uses floor-to-ceiling windows, which aligns with current architectural trends towards brighter interiors. Grey-tone Lego bricks separate the gigantic windows. In contrast to the building’s dominant grey
tone is an overhanging yellow brick that appears to have been “snapped” onto the top of the building in true Lego form and function. 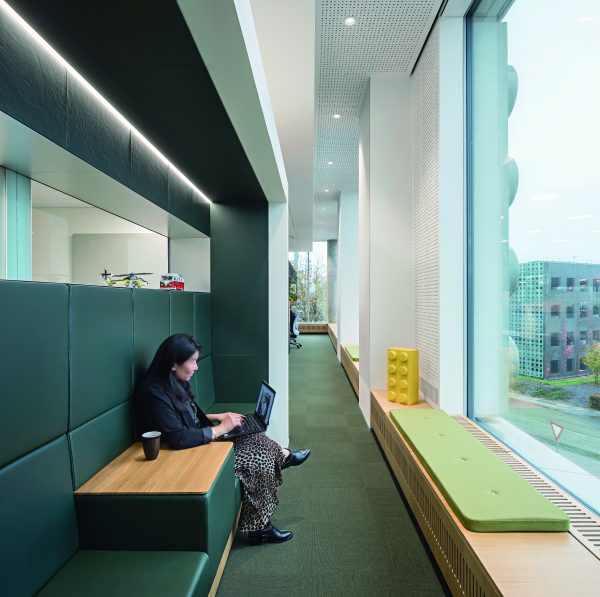 A bench for employees to sit and think

Inside, Lego displays are assembled in varying sizes throughout multiple open spaces. And there is an eye-catching green spiral staircase connecting the four floors. The magnificent yellow brick cube at the top is open to the public where visitors can enjoy amazing city views as well as shop for the latest in Lego. 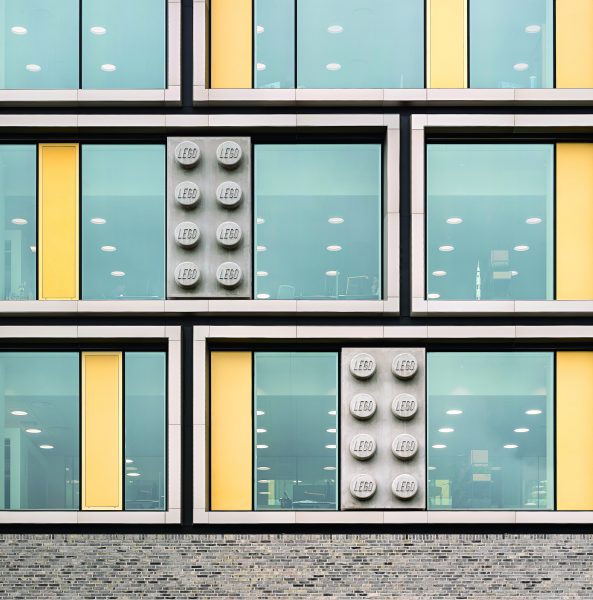 In terms of being eco-friendly, Lego installed 4,150 solar panels on the roof to produce half of the building’s electricity. And a planted rooftop greenery will absorb and collect rain water for irrigation reuse.

When fully completed, the employee campus will include a large lecture hall, a fitness centre and an artist workshop.

The Magic of Alchemy

The Twist: This Nordic Art Gallery Is a...